Posted on July 7, 2016 by myfamilytravelsblog 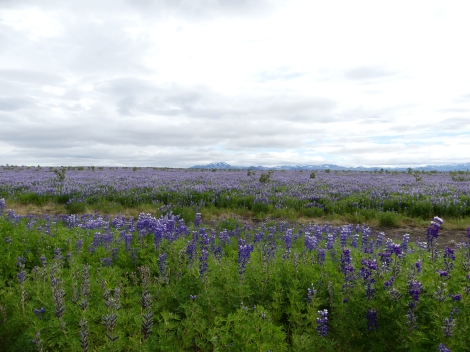 For our last day in Iceland, we had planned to visit Thorsmork and the Blue Lagoon. It all fell apart.

Thorsmork translates to “the Woods of Thor”, Thor being the Norse god, and it is said to be an otherworldly place and a must visit on any trip to Iceland. We were caught in a dilemma: access to Thorsmork is by bus only and the bus only runs three times a day, morning, mid-day and evening. The “fastest” hike in Thorsmork gave us only 20 minutes to spare in order to catch the return bus at mid-day. If we missed it, we would be stuck until nighttime and miss the Blue Lagoon. Given that our definition of an easy hike differed greatly from the Icelandic one and that we were still spent from the previous day’s ice hike; we feared that 20 mins was cutting it too close and decided to forgo Thorsmork entirely. Yep, we committed the sin of choosing not to visit Thorsmork, one should always leave something for the next visit.

Instead we had a leisurely drive back. We passed by the volcano Eyjafjallajokull, whose eruption threw the world into chaos back in 2010. 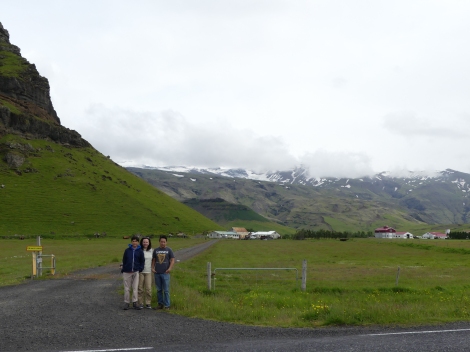 We stopped for pictures until the boys put their feet down.

They relented a bit when we let them out to chase sheep. 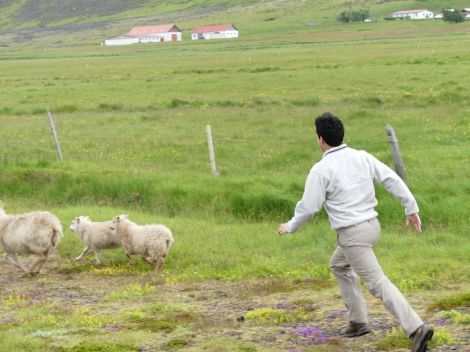 It’s harder than you’d think and they didn’t catch a single one! 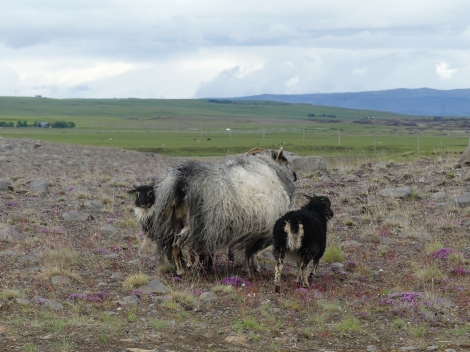 We also took a detour to visit the volcano Hekla. Icelanders are expecting it to erupt at any moment now and are afraid that if it blows next summer it will disrupt their entire tourist-based economy. We didn’t get all the way to Hekla because the road turned into pebbles and then rocks. We were afraid of getting a flat, so we turned back and instead petted horses. 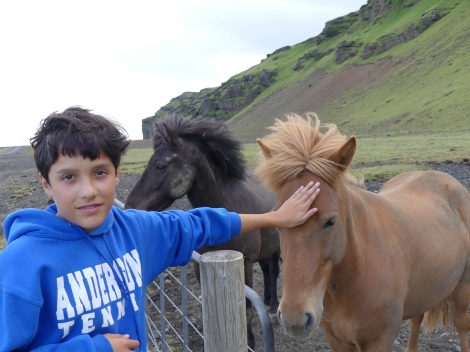 These guys are gorgeous. 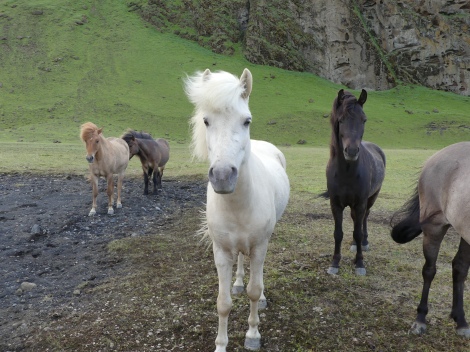 Soaking in a warm soup of strangers has never been high on my list of things to do but not visiting the Blue Lagoon seemed sacrilegious so I mentally prepared myself for it. Paying close to $75USD for the privilege seemed preposterous, I had to really talk it up to myself. Then fate intervened and saved us! Turns out the Blue Lagoon is such a tourist attraction, you now need to reserve online in advance, we couldn’t get any tickets. This is the power plant whose water is emptied into the Blue Lagoon. 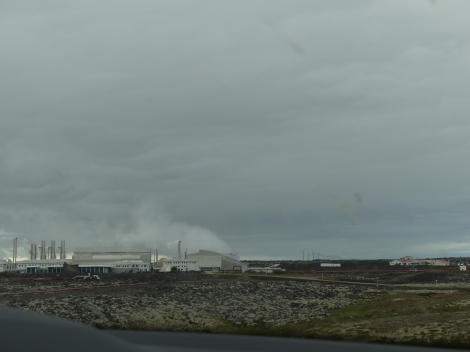 We were told of another geothermal pool which is natural (the Blue Lagoon is not) and used by locals instead of tourists. Even better: it’s totally free. We headed right over. Accessing Reykjadalur was a feat of endurance! Icelanders said it was a pretty 45 min hike to get there. Pretty yes but it took me over an hour and my heart cursed at me the entire way there while my knees did the same on the way back.

To get to the stream, you must first climb up a mountain, then down the backside of it, hike halfway up the next mountain and around the bend into a hidden valley.

On the way, you walk on rocky ledges, past small waterfalls, 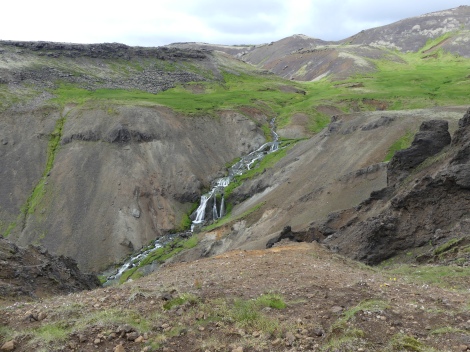 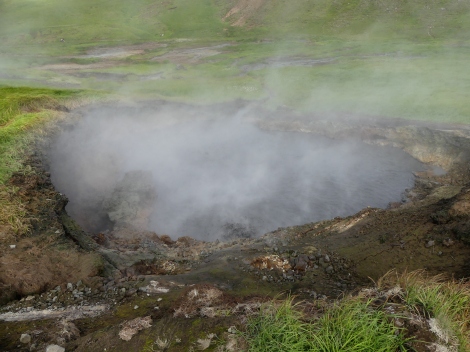 All this while a frigid wind does its best to pull you off the mountain. We were wearing all our winter clothes and even so we were chilled to the bone by the time we got there. While the water is toasty and must be a relief after that torturous hike; the idea that I would have to get out of that hot water into the freezing wind made it impossible for me to even try. The boys declared it to be Hell on Earth and quickly turned around and left us behind saying that they’d wait for us in the car. We tried to be brave but we didn’t stay any longer than it took us to stick our numb fingers in the water until they regained feeling and then left too. 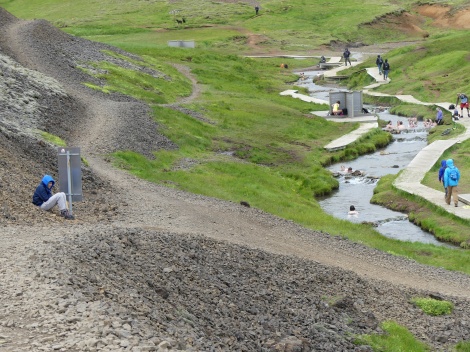 Enjoying the heated seats in our rental, we drove back to Keflavik 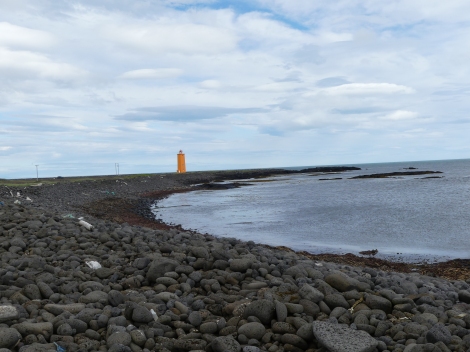 where we watched Germany beat Italy by the skin of their teeth along with a roomful of other travelers in one of the nicest hostels we’ve ever stayed at before getting up at the crack of dawn to board our flight to Amsterdam. 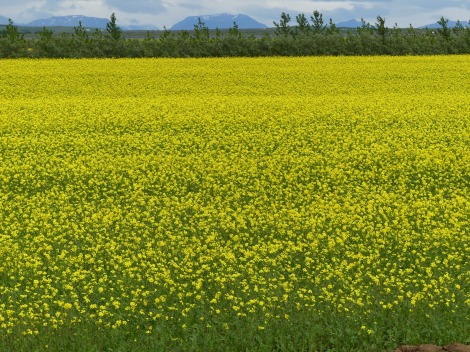 Iceland was wonderfully beautiful and we feel lucky to have had the opportunity to enjoy a brief visit.

2 thoughts on “Hiking to Hell”