Zagreb and the Istrian Peninsula

Posted on July 27, 2013 by myfamilytravelsblog

We had two young women from Finland as our cabin mates on our train ride from Budapest to Croatia which made our trip lots more enjoyable. 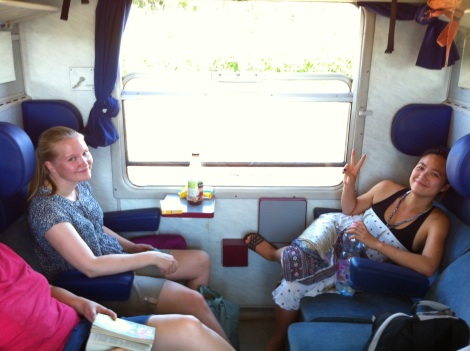 We talked politics *gasp* (they consider their present government ineffective but not corrupt), weather (can’t imagine living without snow), education (they memorize all the names of Norway’s lakes in grade school), naked co-ed saunas (what’s the big deal?) and they taught us how to play “Cow”, a card game like a cross between solitaire and go-fish.

We arrived in Zagreb without a place to stay and began asking around. Everything seemed to be full but the owner of one hostel offered to rent us his mother’s apartment for the night (she was at the beach). We ended up paying less than a hotel would have been and being just blocks away from downtown. Sometimes I can’t believe our luck. Croats are mostly Catholics and that was very clear from all the framed images and small knickknacks lying around. 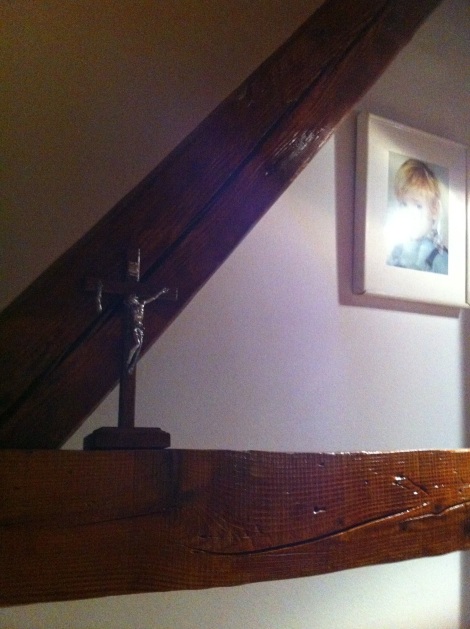 We had read and been told that Zagreb wasn’t more than a stopover town but we actually liked it quite a bit. Dolac Market sets up in the square bright and early

a few steps up from the statue of Ban Josic Jelasic

who abolished the feudal system and united Zagreb with Dalmatia and Croatia in 1848.

Everything in Zagreb is within walking distance so do not be dismayed if when asking for directions you’re told something is far away. It’s all relative.

The cathedral is functioning so you will not be allowed inside until mass is over. Outside you can look at the wall which was constructed around it to protect it from the Ottoman invasion in the 15th century. Free and clean toilets beside the cathedral. 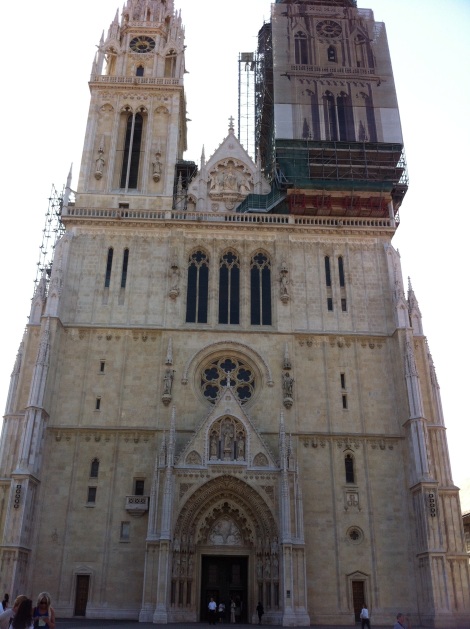 People show their devotion by lighting candles in gratitude for answered prayers under the old Stone Gate. 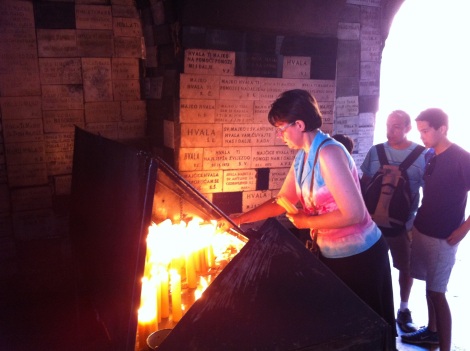 At the top of the hill you’ll find Mark’s Church with its multicolored tiled roof along with the Parliament and Government houses on opposite sides of it.

If you stay and pay attention, you’ll see the secretaries walking back and forth with stacks of official documents from one building to the other. Who needs email?

There is beauty in Zagreb

as well as innumerable cafés everywhere.

In Croatia, bus transportation is allegedly better than trains. I emphasize allegedly because it is terribly unreliable. Buses do not arrive on time, seat numbers are not kept, seats are sold two or three times over and “direct” buses stop to pick up any and all stragglers who then stand in the hallway. Not to mention that the A/C is entirely subjective to the whims of the driver. We made our way the next day to Pula regardless. 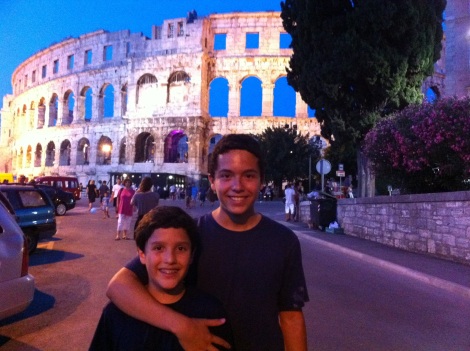 This is the 6th largest surviving Roman amphitheatre: the “Arena”. 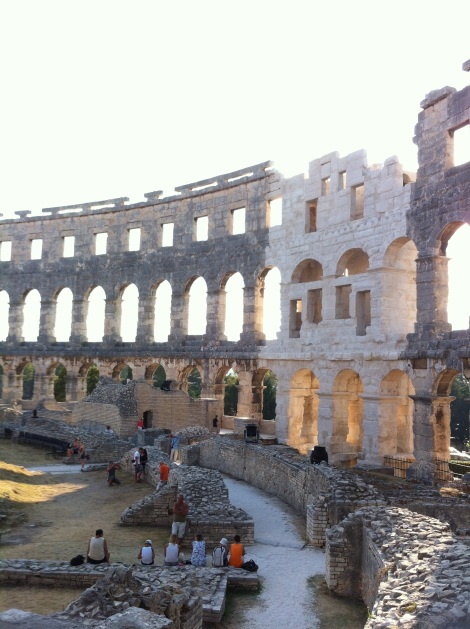 Pula is located on the Ionic Peninsula which was ruled by the Romans from about the first thru the seventh centuries.

It has a beautiful old town centre

as well as several remnants scattered around from their time as part of the Roman Empire.

The city comes alive at night, we’ve discovered this is a constant throughout Croatia.

We ended up at Hostel Pipistreto (recommended by tourist info lady) which looked nice but proved to be anything but. It was located near the docks and just blocks from the center. Unfortunately, the room next to us had three weirdos who played techno music until I couldn’t take it anymore and went over to ask them to lower it down around 1am. The lady must have been high because she accused me of throwing her flowered towel on the floor. I apologized profusely about her imaginary towel since all I wanted was for her to lower the music and pointing out that she was nuts was probably not going to help my case. She did lower the volume but we still had the night from hell and wanted to leave as soon as we could the next morning.

We had been to the docks the previous evening inquirying about ferries to Zadar. They had just closed up shop but told us to come back the next morning at 6am (ferry leaves at 7am) and not to worry since they still had 60 tickets left and of course they take credit cards. Can you guess what this is leading up to?

As we’re nearing the ticket office at 6am the next morning, a lady walks out and heads to the ATM just beside. We walk in, ask for four tickets and are told we’re in luck, they are the last ones. Credit cards? No, just cash. Luckily we had just enough. As he finishes printing the tickets, the ATM lady walks in and asks to buy 4 tickets. No more, he says. “Not possible! I was just here, you said you had tickets.” She looks about to cry. Fernando still has the tickets in his hand. We considered giving her our tickets and thought about spending another night next door to the weirdos and then we wanted to cry too. As we’re debating what to do, the man ushers us outside and locks the door behind us with the lady still inside. The guilt was eating at us so when we later saw her on the boat with her family, we went over and introduced ourselves. Turns out they had been trying to leave Pula for two days but ferries only run every other day which means had we given her our tickets, we would have been stuck not for one night but two! That did bring tears to our eyes.

The ferry takes almost 5 hours, makes several stops along the way and costs around 35USD/pp. It’s much more comfortable than the buses. Most of the tourists we encountered in Croatia were French, including a group of 50 high school students with their guide who caused a confrontation as we were lining up to board the ferry when another tourist (also French) complained about them cutting in. After a bit of French yelling back and forth we were allowed on board and there were enough seats for everyone and even spares.

Zadar is another coastal town littered with old Roman ruins

but it also has two modern cool attractions:
The Sea Organ

It’s not much to look at, just some steps leading down to the Adriatic Sea but it’s the concealed polyethylene tubes and discreet openings built into the steps which attract the crowds here as a random, mournful song is played with the motion of the waves. Watching the sunset here is very relaxing.

After darkness sets, walk over 300ft to the Sun Salutation which consists of several huge solar panels. These panels absorb the sunlight during the day and then use the energy at night to light up the harbor and the exhibit which represents the sun and planets around it. 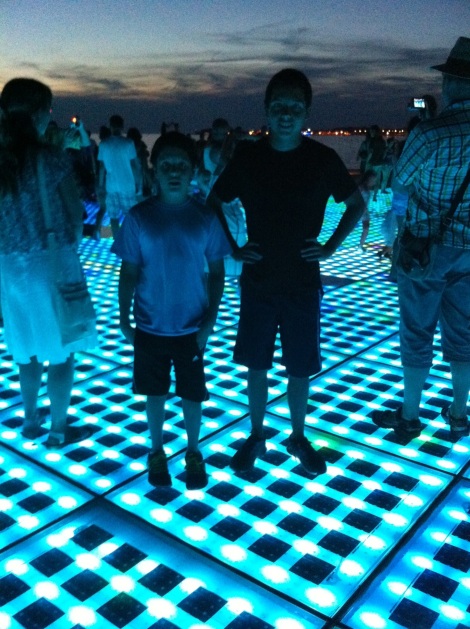 As we continue traveling south, the heat is becoming unbearable and thus visiting sites during the day is not a good idea. No wonder every city in Croatia seems dead until after the sun sets. This represents a problem for this blog. Every photo on this blog, as well as the blog itself, has been done on an Iphone and while this little black box is amazing, it’s weakness is nightime pictures as I will show on the next post.

6 thoughts on “Zagreb and the Istrian Peninsula”